Sometimes, working with young people living chaotic lives, you only get a very short time to make a difference. Here’s what only 4 sessions of That Reading Thing can do. The voice in this post belongs to Ellie Richards who was a youth worker in the West Midlands. 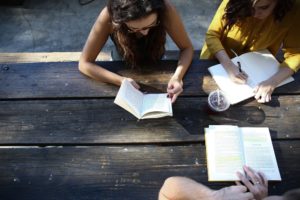 A was referred to me in the summer term. She had previously seen a mentor, but had not responded well and opted out of that mentoring. A was known in the school as disruptive and challenging, and struggled in the classroom.

When she came to me, she had a reading age of 9 and 2 months, but it was clear that she was very bright, quick and responsive. She was initially very sceptical about TRT so I spent at least 10 minutes talking through her misgivings with her and promised that if she didn’t get on with it after 15 minutes, she could go back to her lesson. 30 minutes later, we had raced through seven levels, and by the end of the hour had completed level 10. A really engaged well with the programme, and because she picked it up so quickly, we were able to use real text. For this, I chose a book of short stories aimed at mid-teen girls, which she absolutely loved. She also loved Danny Wallace’s Random Acts of Kindness book.

The second session was at a similar pace to the first, and A quite often would say ‘how come nobody told me that before?’ and ‘oh, so that’s how it works!’ Once she had grasped a concept she was very quick to incorporate it into her reading of text. She would also take a list of books home with her to show her mum in order to ‘get her to buy them’.

My time with A finished after only four weeks, but in that short time she had completed Level 21, and her reading age had increased to 10 and 9 months.  A’s evaluation of TRT was summed up by this comment: ‘This is really helping me. I’m slowing down, and looking at words to work out what they say’.

Let’s talk about getting TRT to the youth in your life.