Our strapline is “for people who don’t think they can”.
Here’s what we mean.
In Ireland and was told he was dyslexic;
in England he was told he had a learning disability;
teachers found him difficult;
college tutors treated him as stupid.
Look what That Reading Thing can do.

This is from Stef Boyle, our TRT Wonder Woman from Worth Unlimited in Ellesmere Port. 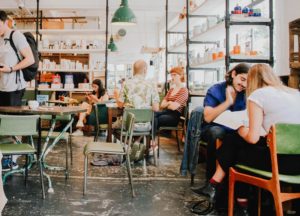 Nineteen year old N was referred to me by a training agency saying that he could read a bit, but that his spelling and writing were not good and that he had learning difficulties and dyslexia. He told me while we were doing the initial assessments that he had started school in Ireland and was told he was dyslexic, but when he came to England he was told he had a learning disability. He had been a difficult pupil at school for the teachers and when he went to college the literacy and maths tutors had treated him as stupid and he often walked out of their classes.

That Reading Thing (TRT) so often provides the method for showing people that they can have confidence in their abilities, and within 20 minutes he had spelt ‘fantastic’ without help and by the third session he had spelt ‘recognition’ and ‘establishment’ without any assistance. When I asked him if he knew he could spell these words, he said he had no idea that his spelling was so good.

Over the sessions I worked with him, he has been one of the fastest people to pick up TRT; he spots patterns in the words faster than any student I have had and he has a good visual memory so the last level we did together, looking at all the different ways to spell the “ul” ending (table, metal, evil etc.) I turned into a spelling game less than half way through and he only needed help on a few of the less common words.

One session he explained that he would get cross when he wrote things down as he couldn’t get down on paper what was in his head. With a little more questioning from me, it transpired that he had very poor handwriting which he didn’t like and if he made a mistake on his course work he would rip it up and start again, so completing written work was very time consuming for him. The following session I brought my laptop with me and we had a go at using word processing to write things so that he could make changes without having to cross out or start again.

Part of the TRT approach is to build a mentoring relationship with the beneficiaries, so N would come to the sessions and tell me all about the jobs he had applied for and the interviews he had been to. We were able to talk about how important it was to be on time, and to wear appropriate clothes. The last session he came to he told me he had had interviews at the kitchens of two well-known hotels in town and he was waiting to hear if he had been successful in either. I heard nothing else from him despite a goodly number of calls and messages left on his machine.

I eventually heard from the training agency that he had been successful in securing one of the kitchen jobs.

Talk to us about how you can change a life with That Reading Thing.